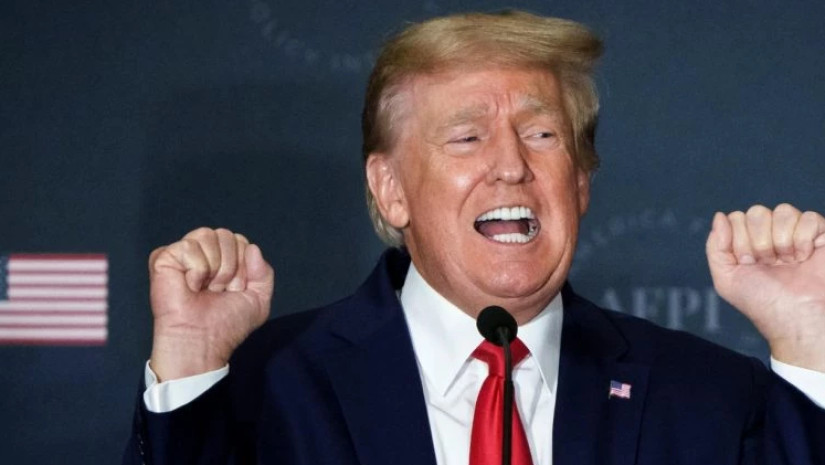 CNN - Former President Donald Trump, aiming to become only the second commander-in-chief ever elected to two nonconsecutive terms, announced Tuesday night that he will seek the Republican presidential nomination in 2024.

“In order to make America great and glorious again, I am tonight announcing my candidacy for president of the United States,” Trump told a crowd gathered at Mar-a-Lago, his waterfront estate in Florida, where his campaign will be headquartered.

Surrounded by allies, advisers, and conservative influencers, Trump delivered a relatively subdued speech, rife with spurious and exaggerated claims about his four years in office. To evoke nostalgia for his time in office among Republicans who have shown signs of Trump fatigue following the midterms, he frequently contrasted his first-term accomplishments with the Biden administration’s policies and the current economic climate. Many of those perceived accomplishments – from strict immigration actions to corporate tax cuts and religious freedom initiatives – remain deeply polarizing to this day.

As Trump spoke to a roomful of Republicans who expect him to face primary challengers in the coming months, he also claimed the party cannot afford to nominate “a politician or conventional candidate” if it wants to win back the White House.

“This will not be my campaign, this will be our campaign all together,” Trump said.

Trump’s long-awaited campaign comes as he tries to reclaim the spotlight following the GOP’s underwhelming midterm elections performance – including the losses of several Trump-endorsed election deniers – and the subsequent blame game that has unfolded since Election Day. Republicans failed to gain a Senate majority, came up short in their efforts to fill several statewide seats, and have yet to secure a House majority, with only 215 races called in their favor so far out of the 218 needed, developments that have forced Trump and other party leaders into a defensive posture as they face reproval from within their ranks.