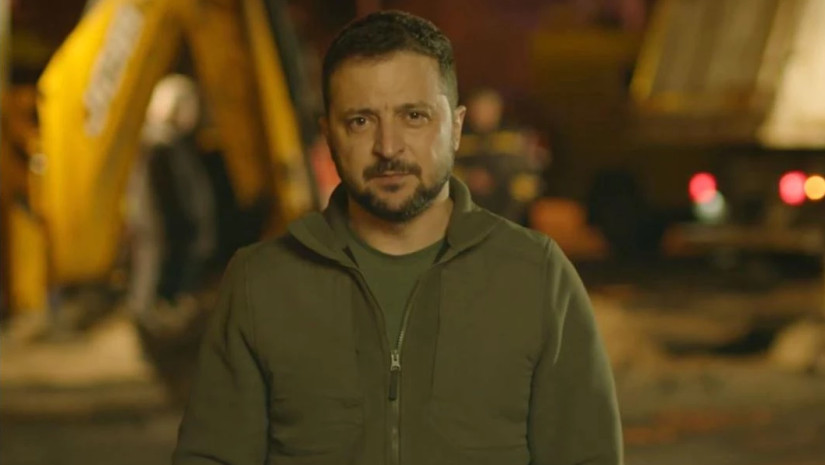 Zelensky says Tuesday’s missile attacks by Russia on Ukraine were Moscow’s message that it has no interest in ending the war.

In his nightly address, Zelensky said a total of 90 missiles were launched, damaging energy infrastructure, as well as businesses and residential buildings.

“And when did it happen? As soon as the first day of the G20 summit ended in Indonesia,” he said, later referring to the event as "G19", a pointed snub of Moscow.

Zelensky said the attacks had led to blackouts across the country, including in Kyiv, Lviv, Kharkiv and Zhytomyr regions.

“This is the answer of Russia to Indonesia, India, China and all other countries that talked about the need to end the war. Russia is telling the world that it wants to continue. Now it is time for the world to answer,” he said.

Zelensky added that more than 70 missiles and 10 combat drones had been shot down, thanking “all partners who help protect the sky”.

Russia's Foreign Minister Sergei Lavrov had been in Bali as his country's representative at the G20 but left the gathering early on Tuesday evening before the Russian bombardment.